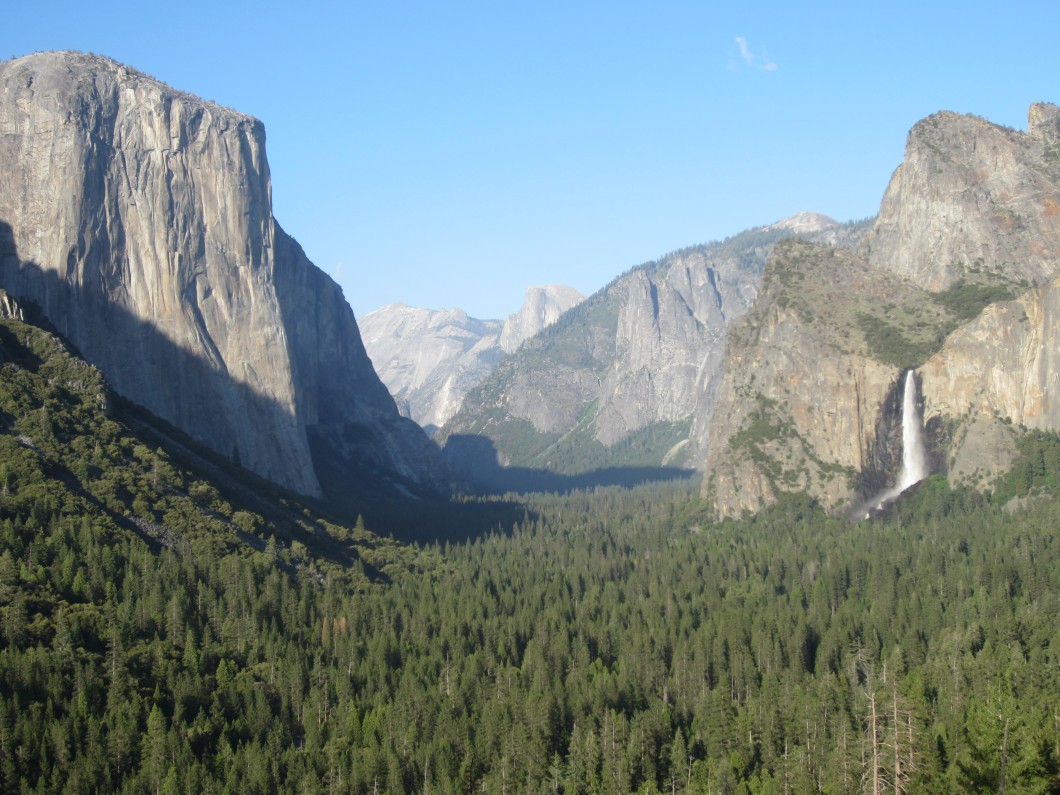 Yosemite National Park. Its natural beauty is jaw-dropping, almost too magnificent to comprehend. Yet it’s everywhere, from the skyrocketing spires and gigantic mountain perches, to the many waterfalls that pour from the heavens into the lush, green, pristine valley below.

We took the 2012 Kia Rio EX five-door sedan with Eco fuel-saving transmission on an adventure to the amazing, breathtaking YosemiteNational Park. The roads into and around the 7.3 million-acre park (95 percent wilderness) take you on a journey that reaches nearly 8,000 feet at Glacier Point to sea level in the Central Valley of California.

Not only was the Kia Rio up to the task of tackling the steep mountains and deep valleys in and around the park, but it did so with amazing power and fuel efficiency.

Yosemite offers an abundant list of things to do for people of all ages and abilities. You can hike the many wilderness trails that wind up and around the many waterfalls that cascade into the valley floor below. Or you can ride a bike, take a walk, paint a picture or . . . climb the shear face of 7,500-foot- tall El Capitan (experienced and fearless climbers only).

The Kia Rio achieves its remarkable fuel mileage by super timing an inline 4-cylinder, 1.6-liter engine to get 30 miles per gallon in city driving, and 40 mpg on the highway. For our trip from Los Angeles to Yosemite, we averaged just about 37 mpg in all sorts of challenging terrains. Very impressive!

The Kia Rio also features an “Auto Stop” function that shuts down the engine when you come to a stop. Interestingly, when the engine starts back up, it creates an audible noise that sounds just like an engine starting up. It was a bit unnerving at first, but we soon became used to its constant starting and stopping sounds.

In these times of economic stress, it’s important to get away and enjoy some of the most awesome natural wonders this world has to offer. Yosemite National Park is a look back in time, back millions of year to a time when glaciers retreated and created a landscape that is so dramatic, and so magnificent, that you just have to see it to believe it.

Just a short drive from the major cities of Los Angeles, San Francisco and Sacramento, Yosemite is a place that everyone should visit at lest once. And chances are that once you’ve been there, you will want to return.

Check out the stunning video here.